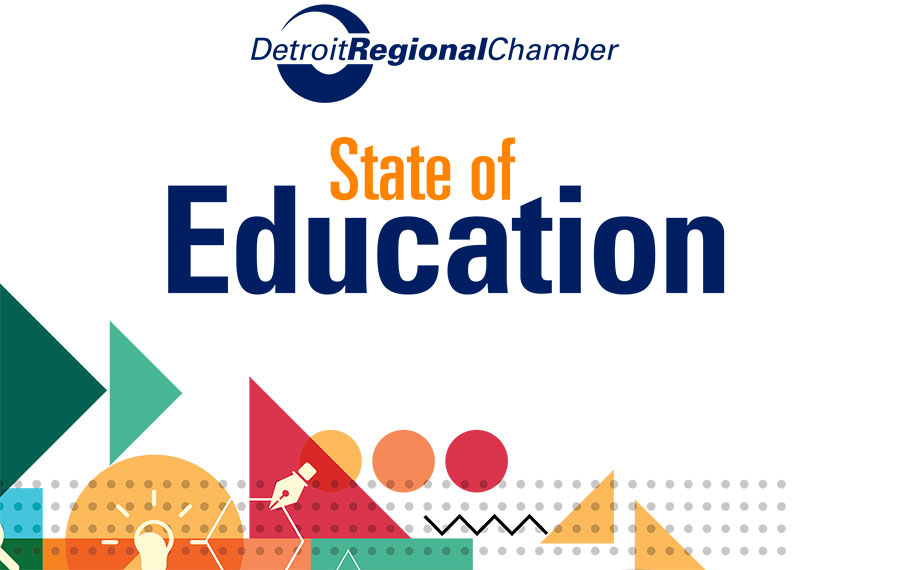 Consider these numbers: The four-year high school graduation rate for students in the city of Detroit is 69%, compared with 83% statewide and 85% nationally.

The numbers for Motor City students have dropped by 1 percentage point since 2014, despite community-wide efforts to boost outcomes.

The impact is that 69% of Detroit residents ages 18-64 and without a high school diploma are not working.

Those statistics are highlighted in a new “State of Education” report from the Detroit Regional Chamber, sponsored by the Kresge Foundation and in partnership with University of Michigan researchers. This is the chamber’s first report focused on education, and it seeks to increase the number of adults in the city and region with some educational attainment post-high school, as certification and degrees significantly impact a region’s economic prospects.

The report should serve as a catalyst for change, as well as a benchmark for future progress, says Tammy Carnrike, chief operating officer at the Detroit Regional Chamber.

“We’ve got a lot of work to do,” Carnrike says.

As the report makes clear, the Detroit Metro region — especially the city itself — has a long way to go to meet the chamber’s education goals.

As the report makes clear, the Detroit Metro region — especially the city itself — has a long way to go to meet the chamber’s goals.

“The Detroit region must make postsecondary education attainment a top priority,” the report states. “Businesses indicate the number one issue they face is attracting and retaining talent. Education in the state is in crisis and students must be the top priority.”

Here are some of the report’s key findings:

To that end, the chamber has put together several programs to help address the shortfalls in the city and region, including the Detroit Promise tuition-free college program for city high school graduates and the Detroit Drives Degrees Talent Compact, a collaborative effort among education, nonprofit, business and government groups. The chamber has also implemented a coaching program to help students adjust to college life and stay enrolled.

Carnrike says the chamber is forming a CEO council to help build a strategy, and she says the business community has a role to play.

All regional stakeholders should take part in this important work.

“The data serves as a call to action,” Carnrike says.