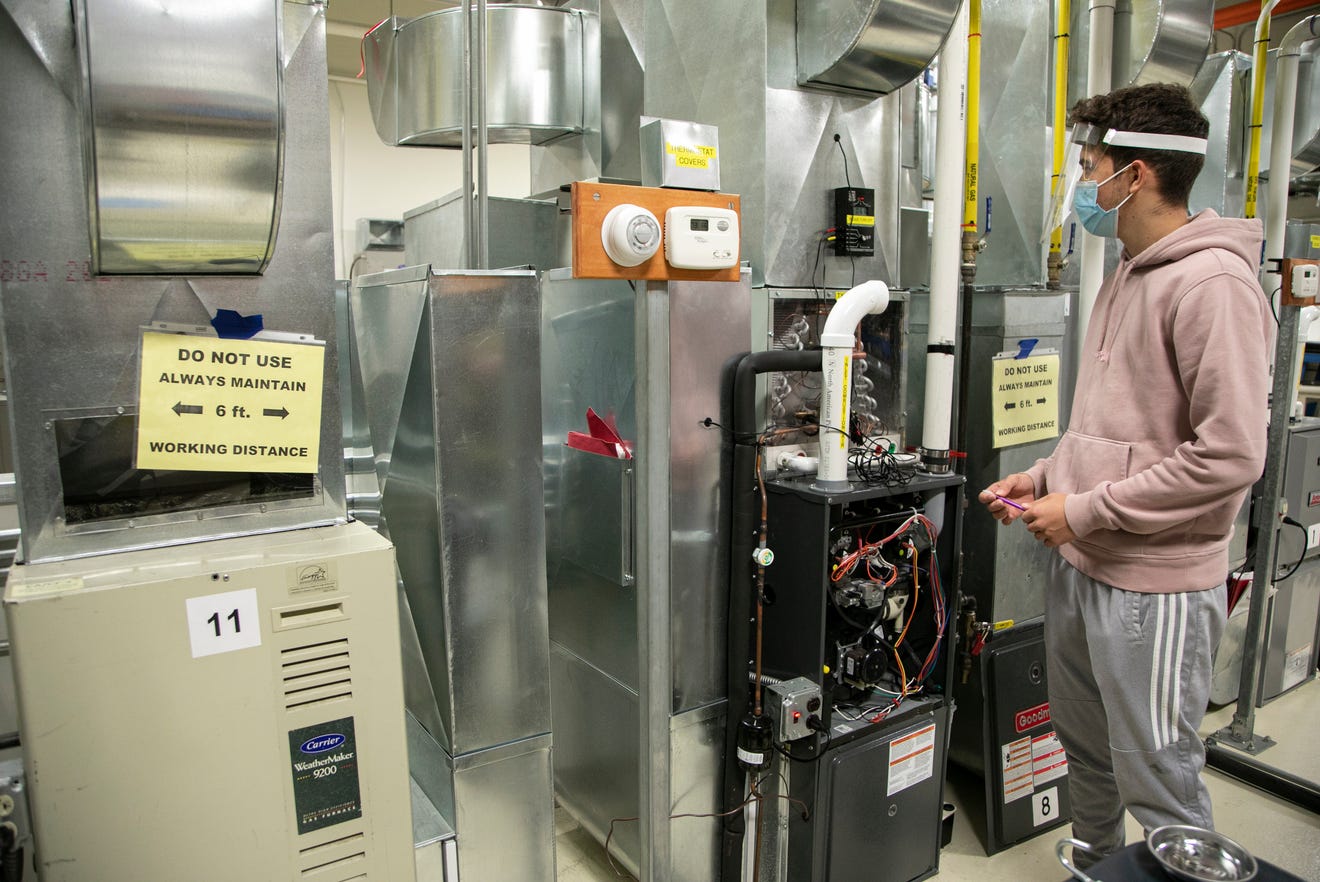 Metro Detroit is slipping in its effort to produce a well-educated workforce, a trend that could saddle the region’s economy with fewer jobs, lower incomes and slower growth.

Those were the findings of a new report titled the “State of Education” from the Detroit Regional Chamber. The Youth Policy Lab at the University of Michigan analyzed several years of confidential student data maintained by the  Michigan Education Data Center and found:

The analysis found that the negative trends were even more acute within Detroit.

“The numbers in this report provide a sober assessment of education attainment in the Detroit region,” the report said. “With many key enrollment and attainment indicators trending in the wrong direction, we risk falling further behind the rest of the nation at the worst possible time.”

The report examines data as far back as 2009. The full impact of the COVID-19 pandemic is not yet clear, it said. The report did find some positive trends.

The high school graduation rate across the region has risen in recent years and now matches the national rate of 85%. The region, which includes Wayne, Oakland, Macomb, Livingston, Lapeer and St. Clair counties is home to 676,545 adults who have started college of some sort, but not finished.

Chamber officials said those people are a natural resource that can be tapped to boost the region’s economy. Helping them complete a diploma or technical certification will boost their job prospects and their income and make the region more competitive with other regions.

“Each 1% increase in our region of our population that held a bachelor’s degree or higher, increases our per capita income by $1,250,” Chamber President and CEO Sandy Baruah said this week.

In 2019, Gov. Gretchen Whitmer announced a goal of increasing to 60% the number of Michigan adults who have completed some type of postsecondary education by the year 2030. Currently, about 48.7% of Michigan adults hold such a credential, either a degree or certification that improves their employment prospects.

“When you look at best-in-class states or regions across the country — our economic competitors — we’re seeing them today already well into the 50% range and in some regions, even in the 60% range,” Baruah said.

The Reconnect Michigan program launched this week targets Michiganders who are 25 or older but don’t yet have a degree or certificate. The program helps pay tuition at a local community college so they can obtain an associate’s degree or other job certification.

The chamber runs a companion program, Reconnect Detroit, which offers additional resources for adults looking to return to school.

Obtaining a postsecondary credential can boost annual earnings by about $7,500, according to the state. What’s more, about 75% of jobs in Michigan will require more than a high school diploma, meaning people without those credentials will see far fewer job prospects.

The report by the chamber found what it called leaks in Michigan’s talent pipeline.

The study also tracked the progress of 100 students who enrolled in ninth grade in 2009. Four years later, 78 of them graduated high school. Of those, 57 enrolled in college. Six years later in 2019, just 30 of them had earned a degree or other credential.

“Over the last five years, this strong economy lures people away from pursuing education and they choose to stay in the job market because the job market is so rich,” Baruah said. “So counterintuitively, the better the economy, the harder our educational attainment goals are.”

But when the economy sours, as it has  during the pandemic, the people without credentials are hardest hit, he said.

“First, people in higher skilled jobs were more likely to keep their income stable,” Baruah said. “They are more likely to stay home and work at home and thus be safer. Those in lower paid job opportunities disproportionately held by Black Americans and persons of color are far more prone to reductions in wages, losses of unemployment and certainly more exposure to the public and therefore more exposure to the virus itself.“

The report also noted a continued racial disparity in postsecondary education. At public universities in the region, 58.7% of white students who enroll graduate with a degree, while only 36.8% of Black students do.

“That means that in Michigan, a Black American entering as a college freshmen will see a 21.9% lower chance of graduation than their white counterpart,” Baruah said.

Other states like New York, Virginia, Georgia and Florida have a much narrower racial gap. In North Carolina, which has a Black population similar in size to Michigan’s, Black students graduate at a higher rate than their white counterparts, according to the report.